The history of these needles goes back to the 11th century when the first Japanese needle was produced in Harima (Hyogo prefecture) under the name Harima Bari (Bari=Needle). When needles also started being produced by craftsmen in Kyoto in the 14th century, it’s believed that this lead to the first traditional Misuya Bari needles. In Edo era (1603-1868), Misuya Bari became so popular nationwide that the word “Misuya bari” was referred to as “Finest needle”. Although there were many craftsmen producing these special needles during this period, their number decreased significantly over the past centuries.Currently there are only 2 Misuya Bari shops left in Japan. (Third one Ogawa-Tomosaburo-Shōten closed just recently), both located in Kyoto. Our needles are from the shop Misuya Chubei founded in 1819 and the other Misuya shop is called Sanjo-Honke Misuya-bari and was founded in 1655.

What makes Misuya needle so special 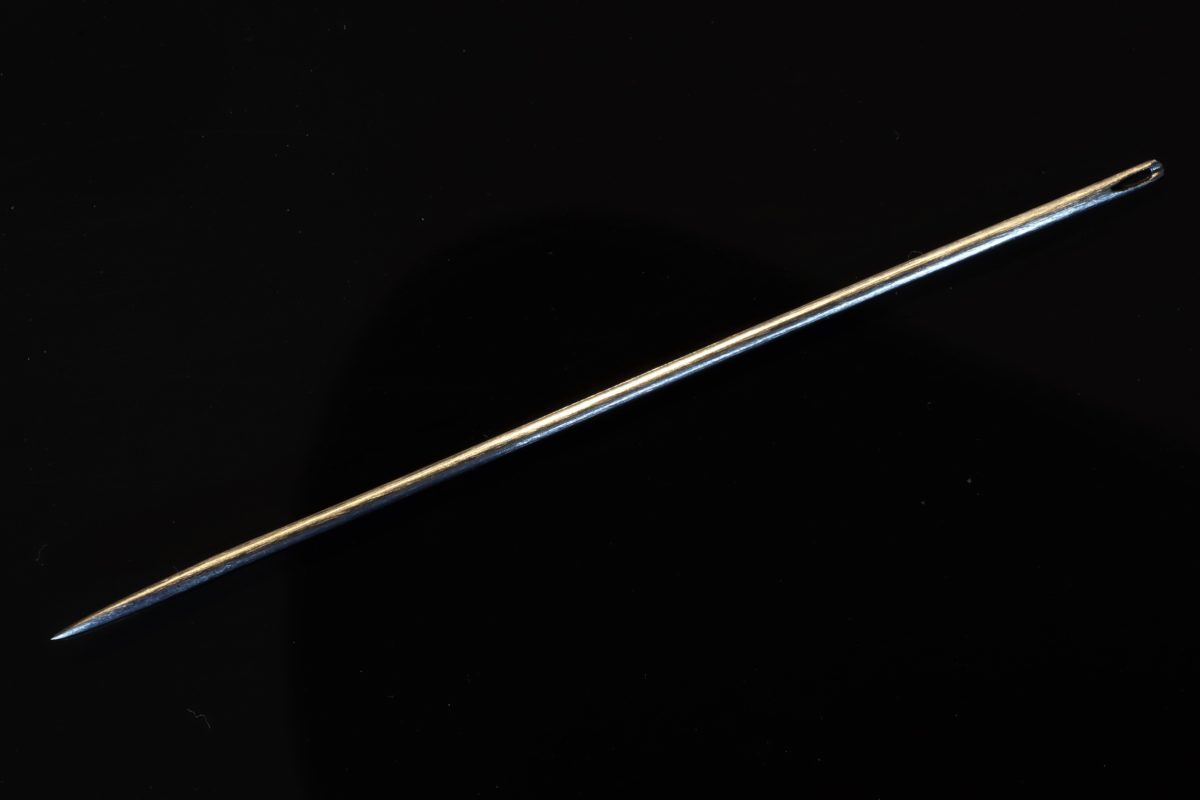 As these needles are crafted using the same method as making blade steel they have a very strong core. However, at the same time their body is processed in such a special way that they’re also very smooth and flexible. 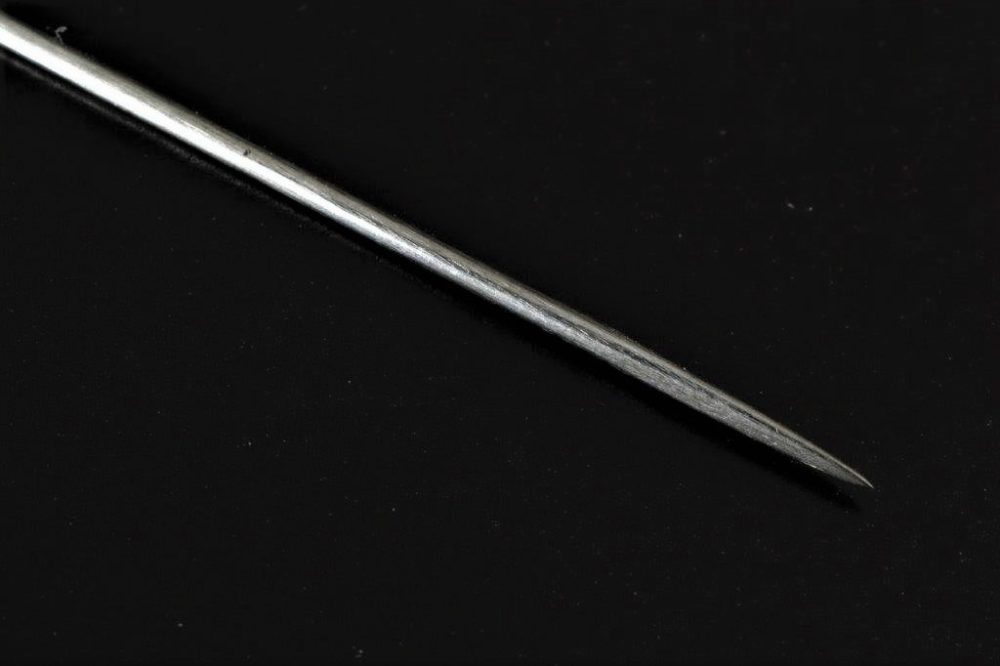 The point of the needle has a subtle angle, not too sharp to damage the fabric, and is designed to go through the fibre of the material more smoothly. 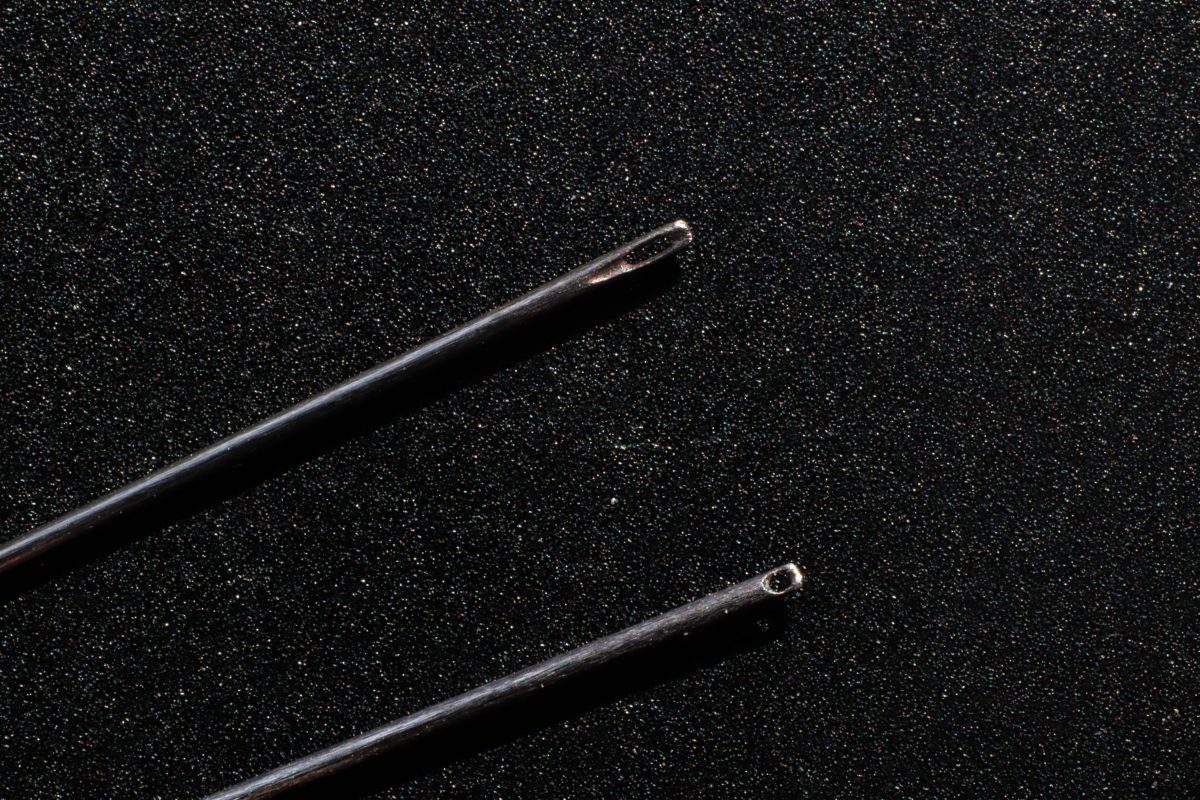 – Round eye VERSUS grooved oval eye –

Our Misuya needles have two types of needle eyes: round-shaped or grooved oval-shaped. They both have their own benefits.

Both types are polished smooth inside to prevent snapping of the thread.

(Note: You might find threading difficult if you’ve never used a needle with round eye before. It’s quite tight, but you can still use a needle threader) 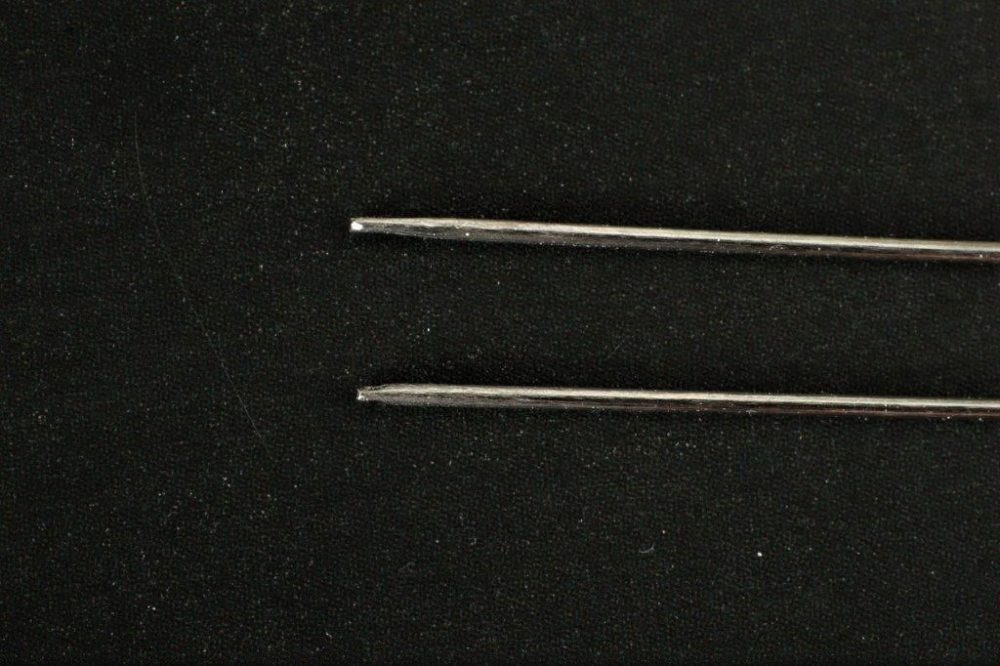 The thickness of the eye is slightly thinner than the body so that when you thread the needle it will be as thick as the rest of the needle, ideal for smooth handwork. 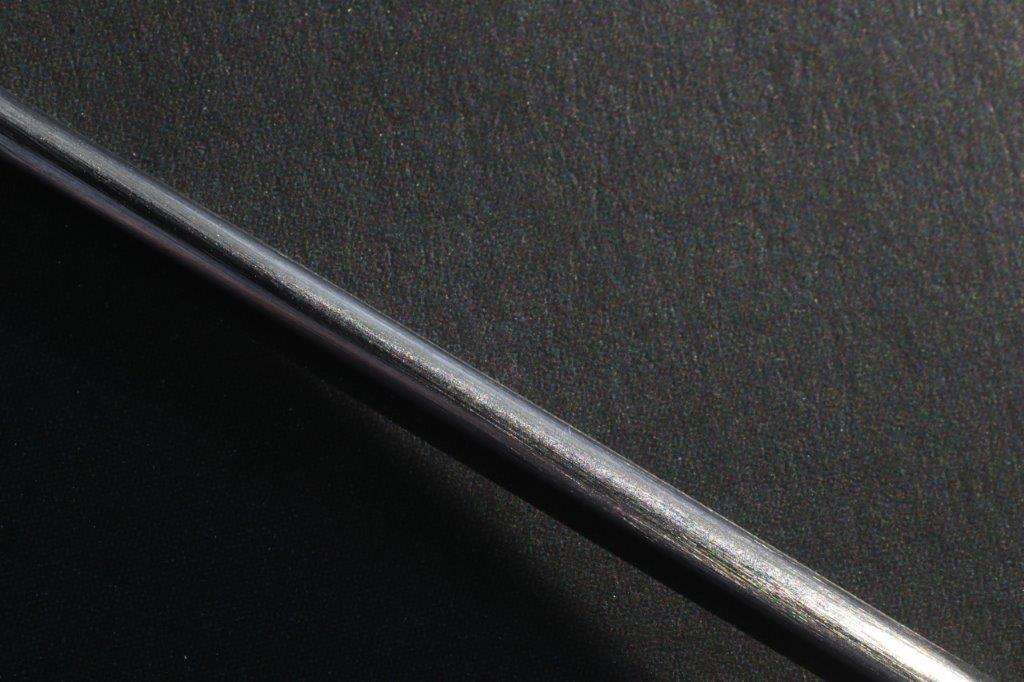 What also makes these Misuya needles special is that they’re polished lengthways instead of widthways which produces almost invisible fine lines that run in the same direction as the needle. This causes less friction and a much smoother passage when the needle goes through the fibre of the fabric. 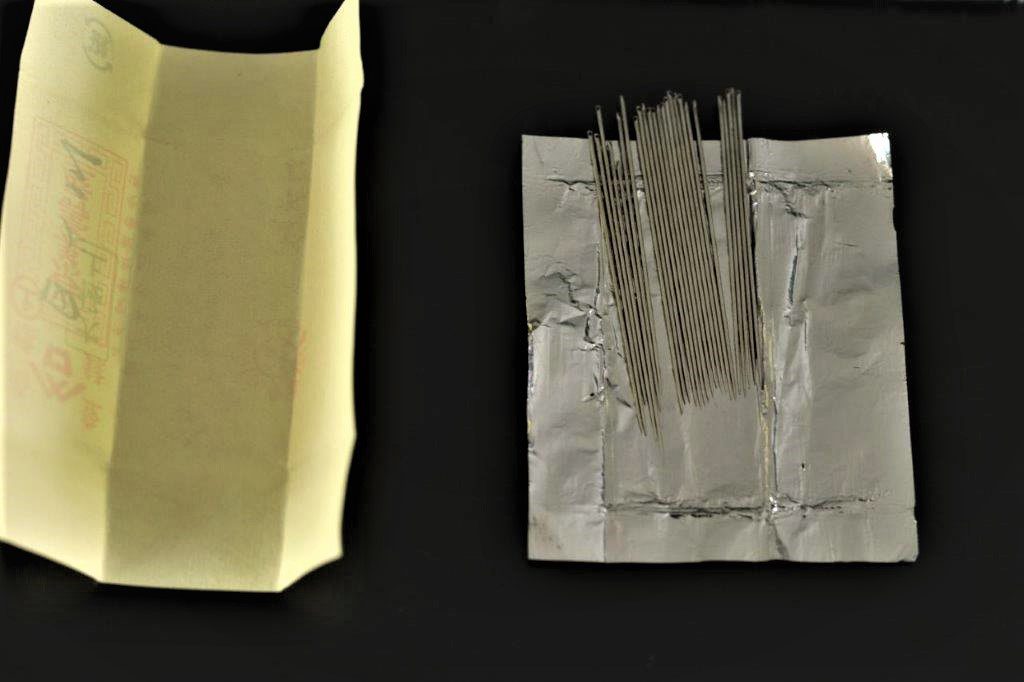 – Every single needle by hand –

Last but not least, every single needle is carefully inspected and wrapped by hand. The needles are wrapped in aluminium foil to prevent the build-up of humidity and to prevent the needle from rusting.