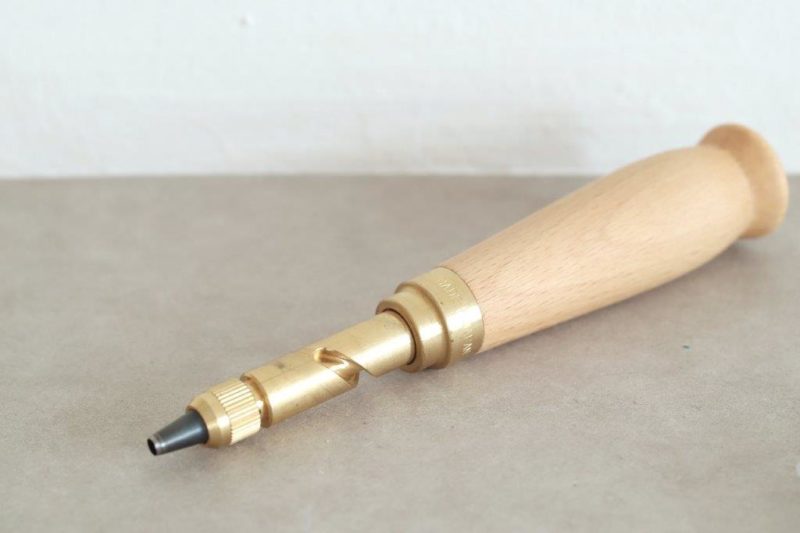 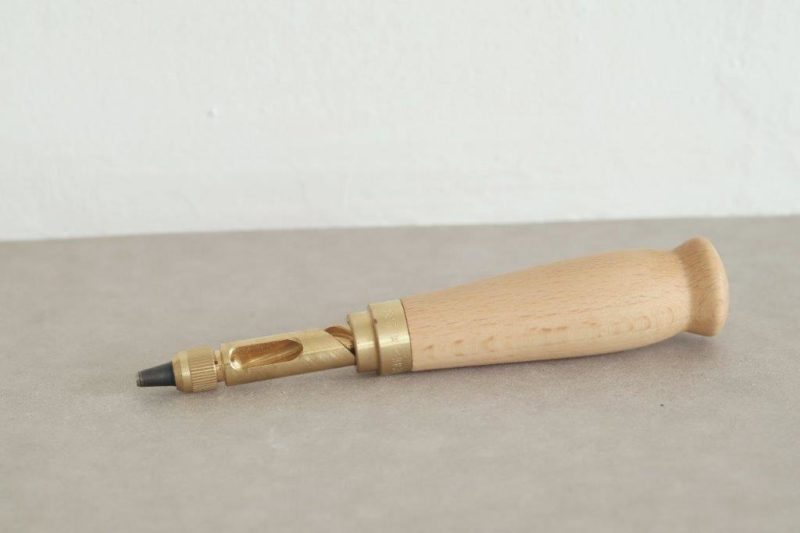 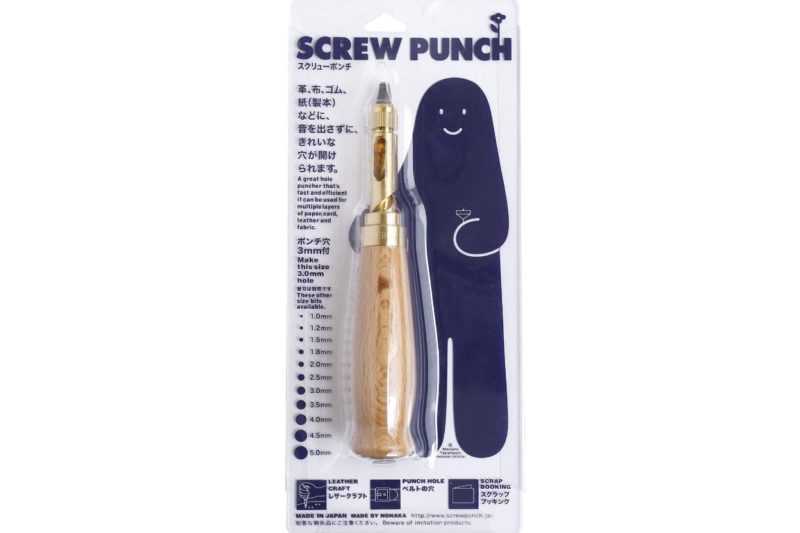 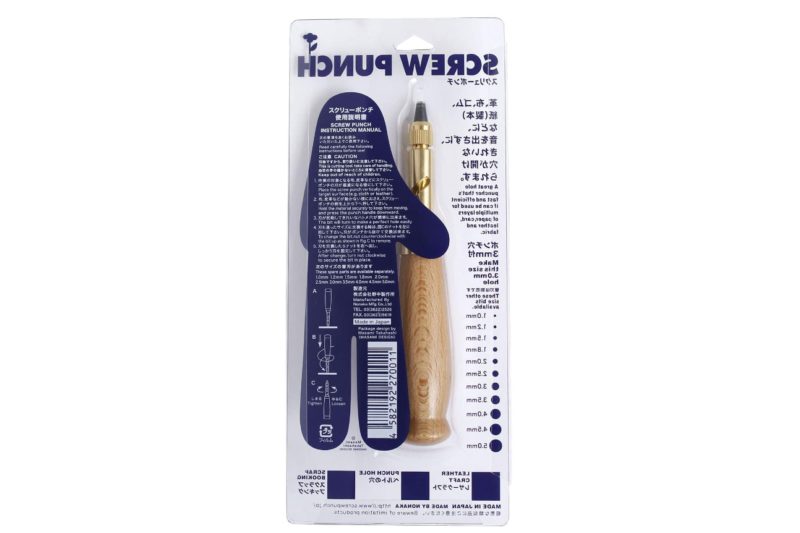 This Nonaka Seisakujo Screw Punch uses a groundbreaking technique to make holes in various types of material (from fabrics, leather to paper and cards) making it a very useful tool for many different crafts.

It uses a special revolving torque force to punch holes which doesn’t make any noise and is very easy to use, you can just press it down on the material. Because it’s so effective and different from having to strike the head of a hammer, it got worldwide recognition.

This Screw Punch comes with a 3mm blade, but we sell different sizes as replacement blades.

Note: Please place a cutting mat underneath when you use the screwpuch for preventing damage to the surface.

NONAKA MANUFACTURING originally founded in 1908 by Kijyuro Nonaka and later changed by his son to “Nonaka Seisakujo” began producing thread winding systems for sewing machines whilst also acquiring numerous patents for other types of machinery.

In 1972 Mr. Nonaka was asked by a tailor to make a soundless punch as his tool was making too much noise. This is how he first started to develop his famous “Screw Punch” which became a commercial success four years later. 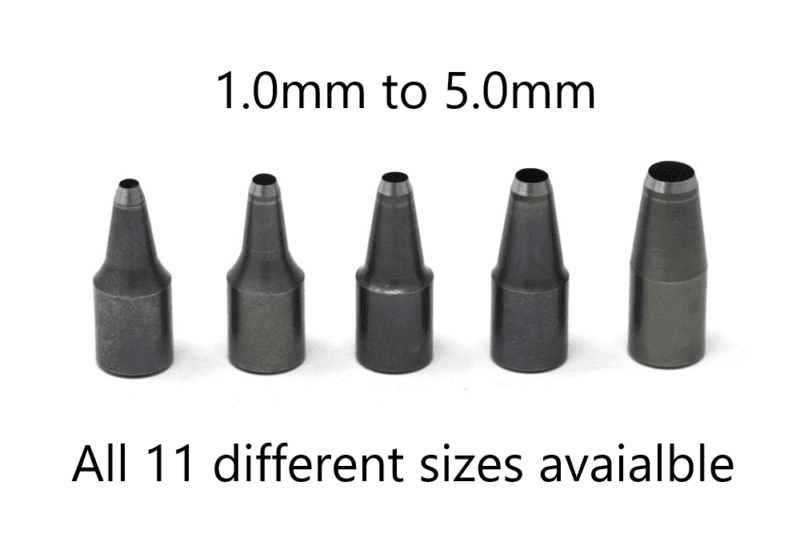 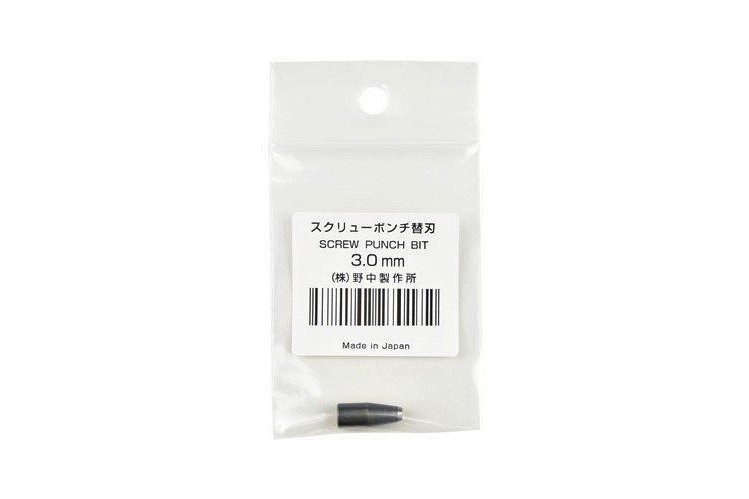 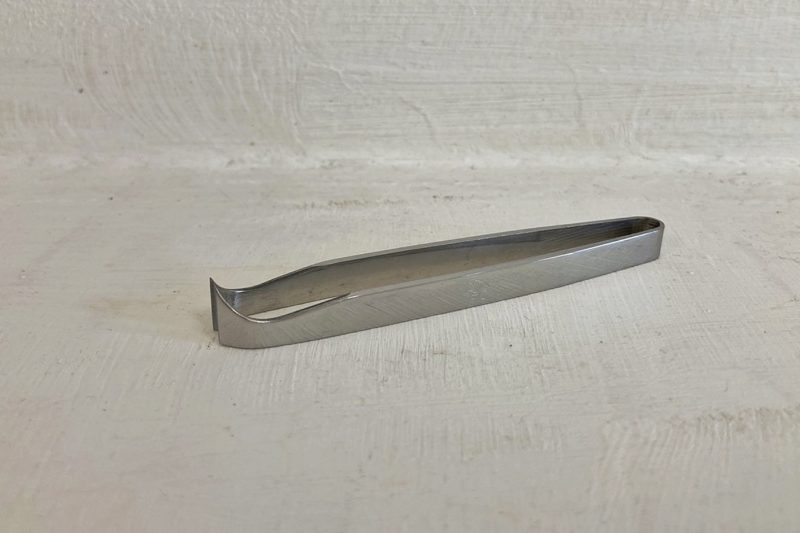 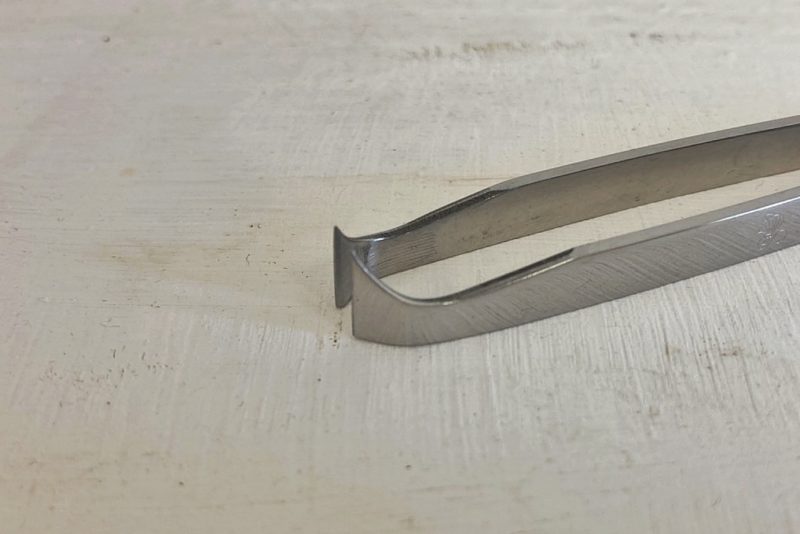 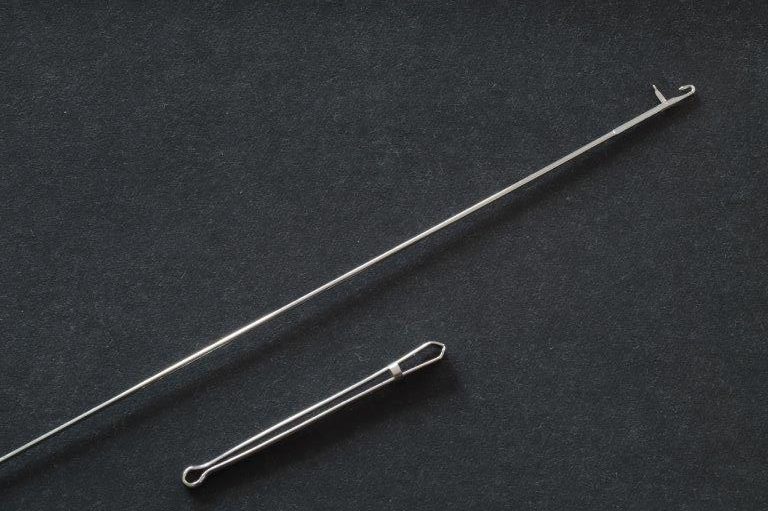 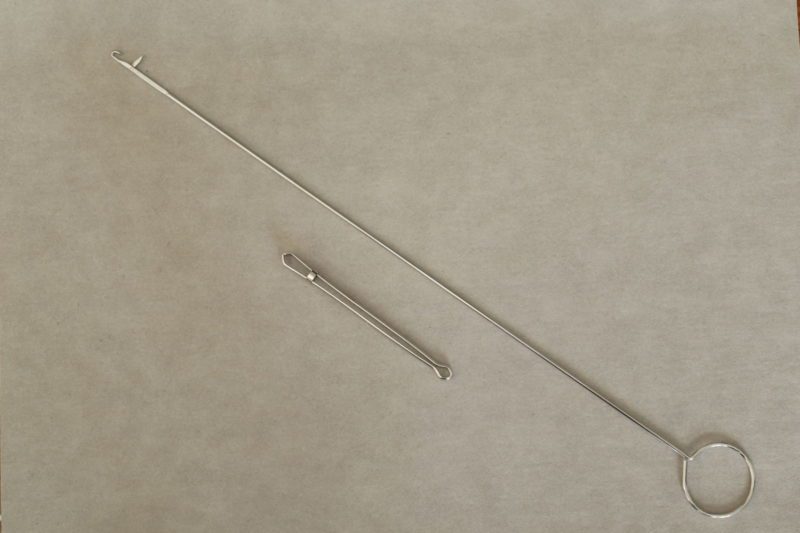 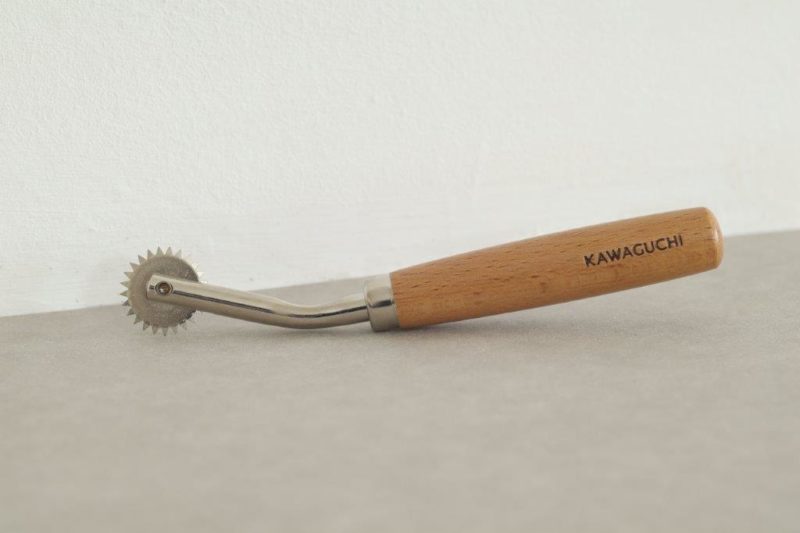 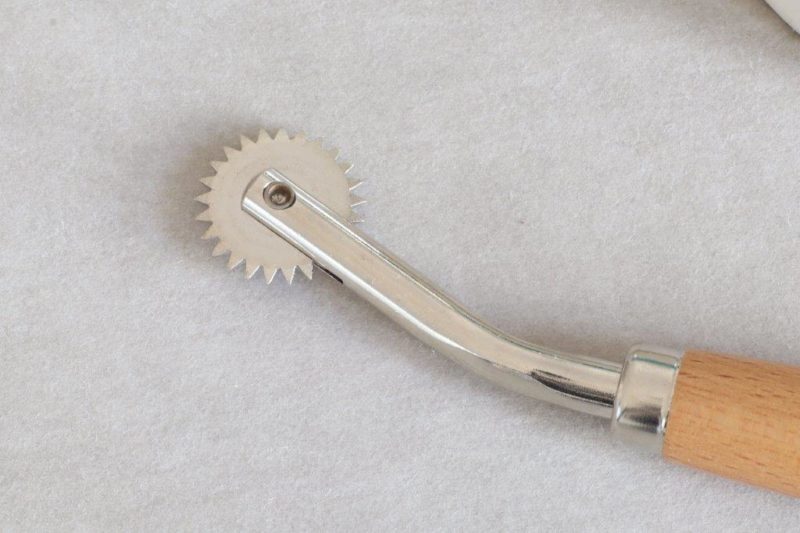 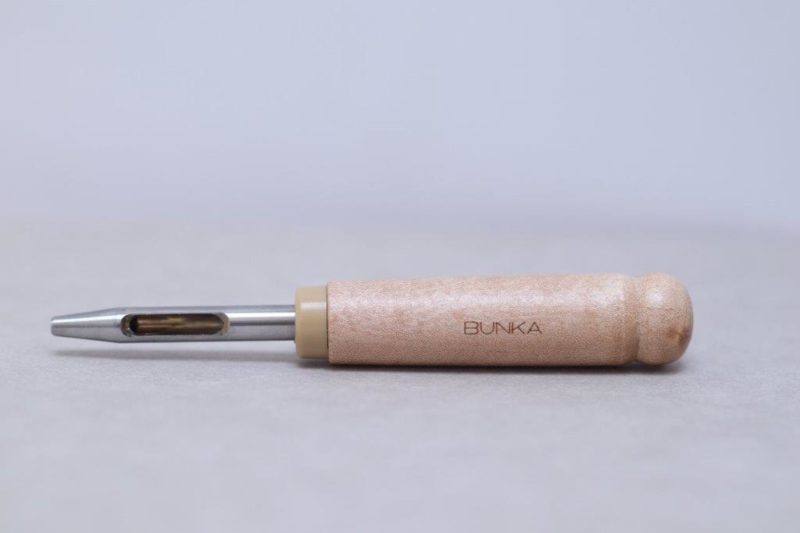 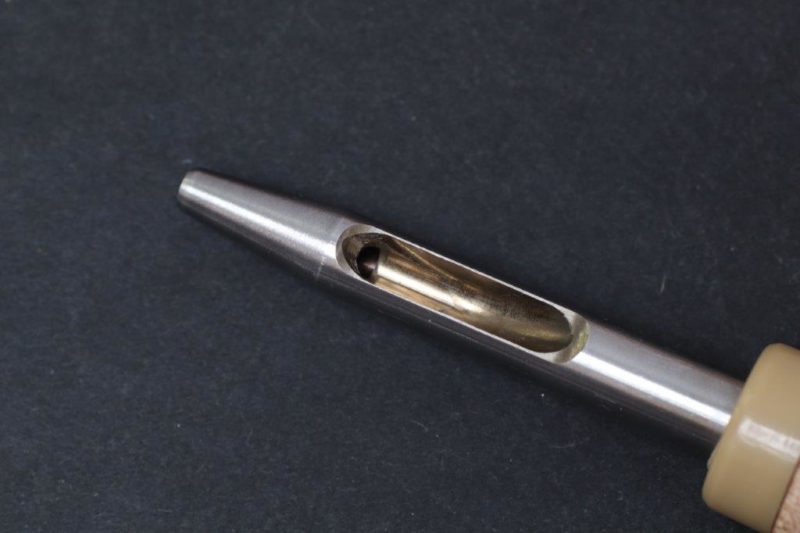 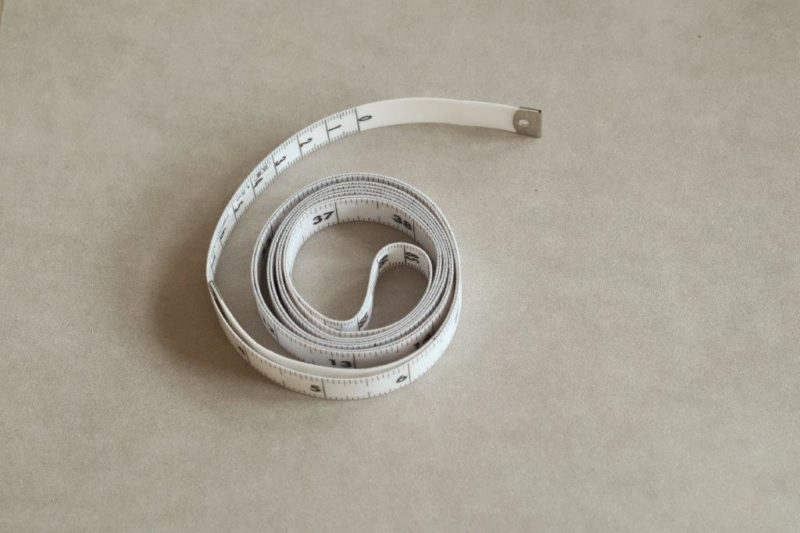 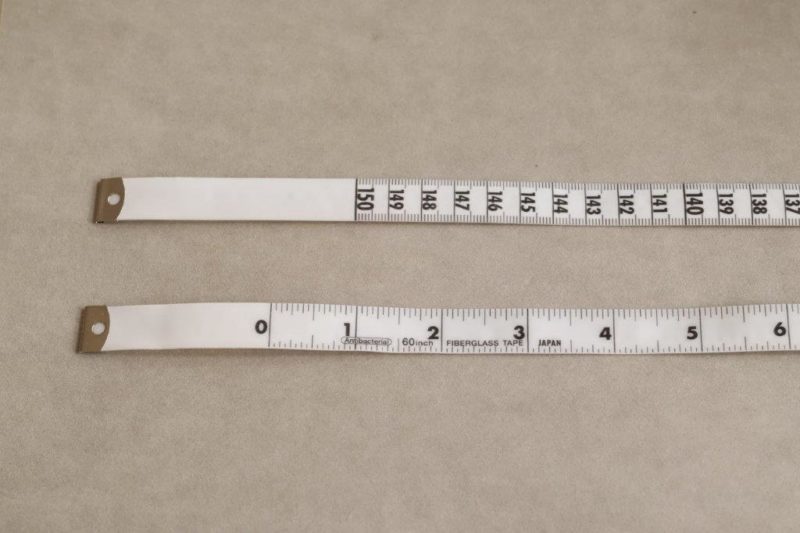 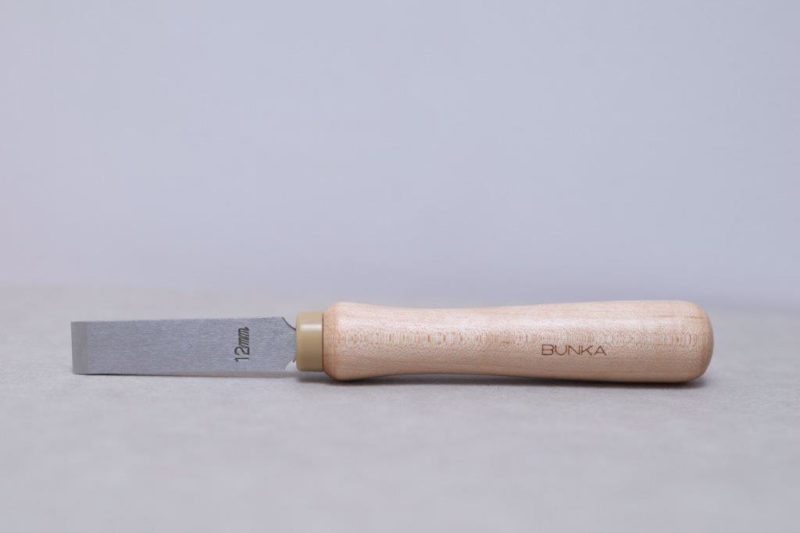 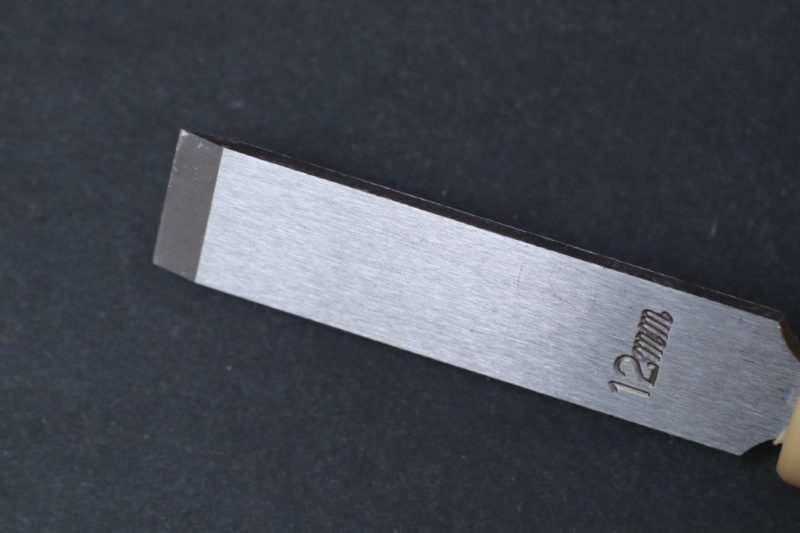 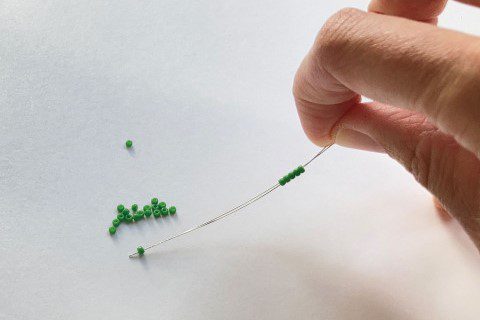 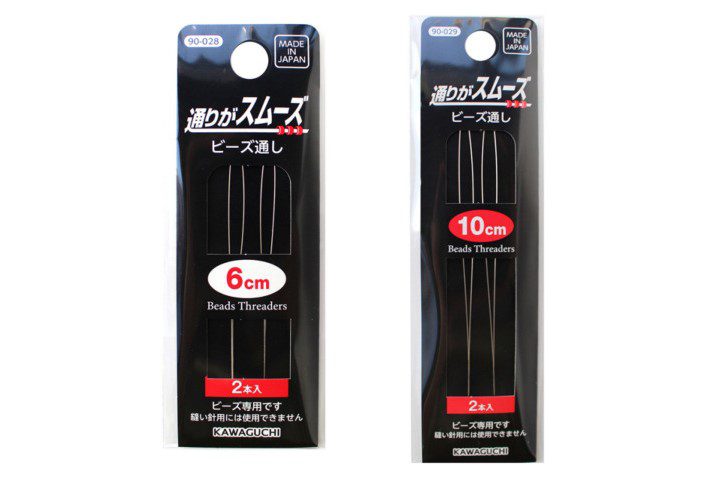 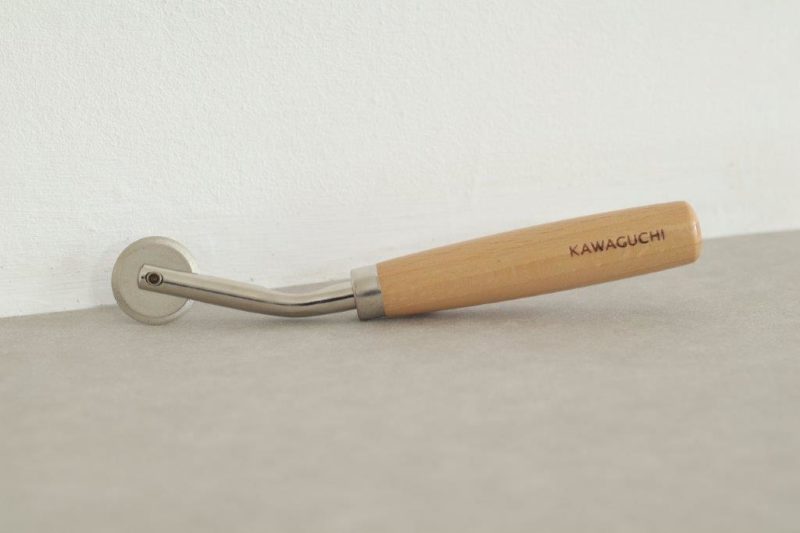 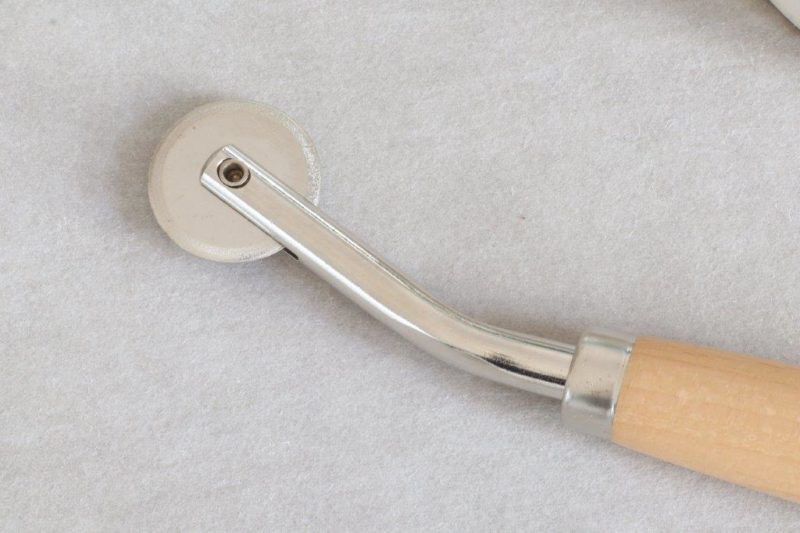